The Definition of Sport: An activity involving physical exertion and skill in which an individual or team competes against another.

The Definition of Sport: An activity involving physical exertion and skill in which an individual or team competes against another.

The Definition of Competing: Striving against one another to gain or win something.

So what’s with all the definitions I’m sure you asking yourself…? Well, here’s the thing, for CrossFitters, does that not sound very similar to what we do every day at the gym? Putting ourselves through physical exertion while competing against one another or, even more so against overselves, most of the time, to gain fitness, strength and overall better health.
So… what’s my point?

Well, I think we all too easily forget that CrossFit is actually a sport and it’s the sport of fitness. If you were asked what sports do you take part in or enjoy playing, does your mind immediately think CrossFit? No…? Well you not the only one.

I am a sportsman by heart but my first answer to that question always seems to be a ball sport of some sort and then I get to mentioning CrossFit down the line. I then often think to myself why is it not the first sport I say when asked that question? If there was a sport I take part in the most often it would be CrossFit hands down.
Is it that our sport is so young in its existence my subconscious feels it does not seem like the right answer yet or deserve to be mentioned ahead of the more recognised or older sports…? Well whatever it is I’m working on it team, forgive me – ha ha.

Another thing I have been thinking about is how unique our sport actually is. It’s so accessible to everyone and the levels of skill needed to get started is literally zero. All you need is the right mind set and the will to learn from your coaches and unlimited fun is at your fingertips. It’s one of the very few sports that can be adjusted to suit your skill level from the beginning. It’s also one of very few sports that has such a large range of movements and skills to be learnt. And just when you think you have your head around them CrossFit evolves and another new skill is needed to be learnt. I love how it keeps us on our toes.
Another thing that blows my mind is the fact that doing our sport improves your fitness, strength and mental toughness for other sports we take part in. Crazy I tell you! People do our sport to be better at other sports. BOOM!!!

Watching our sport grow the way it has in the such a short time has been amazing to witness. We’re talking about the first major competition not so long ago now in 2007: The inaugural CrossFit Games at the famous Ranch in Aromas, which had probably about 150 spectators. Now fast forward to 2021 where we have multiple major competitions filling the calendar throughout the year. Selling out multiple days of competition in stadiums. That’s impressive! Let’s not even get started on the progression of the professional athletes during this time. Impressive as they were in 2007, the line-up these days at competitions is like The Avengers in comparison. They are pushing the boundaries at a rapid pace.

I must be honest I do feel this pace of athlete progression will slowly start to ease and all the records that are consistently broken with such large margins will slow down and you’ll start to see records last longer and be harder to break. This is only natural for a sport. At this current pace you’ll need to know how to fly to even make it to the 2030 CrossFit Games ha ha ha, bit of an exaggeration but you get what I’m trying to say. In the meantime though let’s just enjoy, and awe in the amazing things our professional athletes do and what our bodies can achieve.

I guess while we on the subject should there be a shout for CrossFit to be in the Olympics…? Bugger, have I gone too far now…? What the hell, you have listened to me rant this far…!

When I think of the Olympic Games I think of all the nations sporting hero’s coming together on the biggest stage but the spirit at which they compete really gets me fuzzy inside. It’s a competition that has such an amazing feel good factor. Athletes absolutely give it their all and still cheer each other on. You can see respect in the athletes faces and the way they congratulate each other after competing. They have that look that they all know that are a part of something very special and rightly so representing your country on the Olympic stage is a massive effort.

So coming back to my inclusion of CrossFit and taking into account what I mentioned above. CrossFit would fit like a knee sleeve (see what I did there) in my opinion. Honestly, we have built a community on strong values that show respect for our fellow athletes. We compete to win but even more so we are there for each other when we need to be cheered on through the tough WODS. Not to mention the Olympics is there to show athletes at the peak of their powers. If there was a sport that shows the human body take on any obstacle it is CrossFit and why not show it on the biggest stage of them all the Olympics. I know a sport like CrossFit being included at the Olympics is not something we likely to see anytime soon if ever, but it doesn’t hurt to dream…

So my fellow athletes in conclusion if I can leave you with this, when asked what sports do you play – I hope you remember the sport that we all love to play and do the most often all week… CROSSFIT BABY!!! 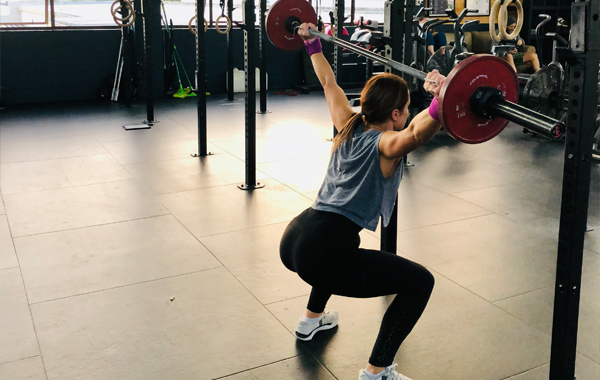 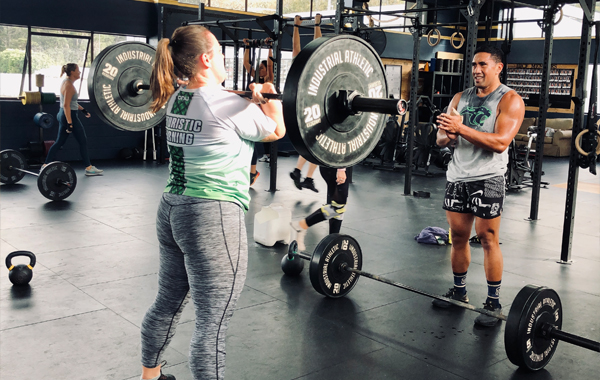 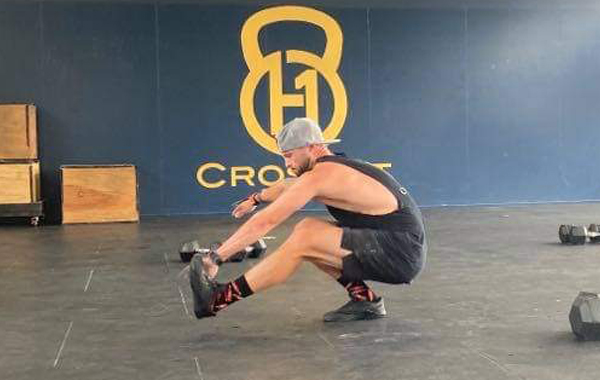